The fire at Ndere Centre. The Ugandan creatives and the incredible team of the Kampala International Theatre Festival,  3rd edition.

Antu Yacob and her Mourning Sun cast fanned the flames with their exceptional and tremendous talent. I moderated the conversation after the play and I was stilled by the enormity of their gift.

Mourning Sun, composed of two acts in Ethiopia and U. S. A respectively,  is a well-woven fictional story of Biftu,  acted by Jevonnah Mayo, raised in traditional Ethiopia and faced with a far-fetched dream of young love. Her mother, caught in between protecting her daughter while living to society's expectations,  organizes for an arranged marriage to an elderly man. The result is the loss of two children,  her daughter who disappears into indifference and listlessness and her grandchild who never lived to see a day. In addition,  Biftu suffers from the ordeal of obstetric fistula,  her condition aggravated by the lack of remedy for her. She feels cursed,  understandably. Biftu's sister,  the more defiant and outspoken one,  acted by Fadoua Hanine, is the antidote the play needs to relieve the audience of the stigma women and girls go through in systematic oppressive societies.


Abdi,  acted by Adrian Baidoo,  is a young impressionable boy whose character reflects the huge differences between men and women in traditional Ethiopia. With aspirations of meeting Michael Jackson in America and marrying Biftu,  his life is comparatively simpler and easier. The transition to America however is also significant to young people who are disillusioned into believing that America is still the place where all problems dissipate.


When Biftu finally arrives in America,  she finds restitution in the bizarre yet comfortable encounter of a sex addict whose recovery is through prescribed medical marijuana. Trudy,  acted by John Keller, provides a pivotal point in Biftu's journey.

Each cast member plays multiple roles which any audience can marvel at. Temesgen Tocruray plays a doctor,  taxi driver,  the Ethiopian elderly who marries Biftu,  each of whose accents are played to perfection. Charles Everett likewise plays several Ethiopian characters and a typical Black American struggling to find his own identity.
Antu Yacob has a remarkable gift of stressing pertinent society issues through theatre.

The stage set-up with U.S scenes could have improved. It would also have been more appropriate to introduce the moderator by name, with a brief introduction. The Kampala International Theatre Festival held an entire cocktail of excellence like Black,  a play written by Sanyu Kisaka,  Two Faces by Sammy Wetala,  Doreen Baingana's Tropical Fish,  acted by Rehema Nanfuka,  Kawuna by Kemiyondo Coutinho,  The Surrogate by Achiro Patricia and lots more artists like Kagayi Peter, William Musonda from Zambia, Barzakh a play from Lebanon and Giovanni Ortega from the U.S.

I have super powers which make me turn invisible.  I'm omni invisible,  the person who lays down her kidney to save the life of an ingrate and yet won't get invited to the thank you dinner.
I'm the one who will work behind the scenes to make sure my friend's wedding runs flawlessly  with guests served and everyone merry but will be the only one who doesn't receive a thank you card.
I'm the one whose close people will get married and I'll only know about it one week to the wedding. Trains run on parallel tracks. The people around me only recognize one side. I'm the side that never gets noticed. 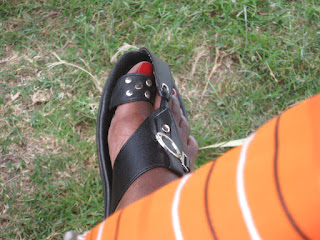 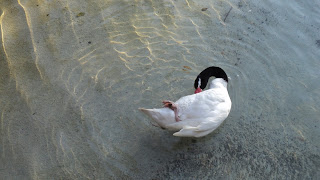 Someone told my husband not to tell me when a person very dear to me died.  She said that I'd most likely tell everyone on social media about it because... well,  omni invisible people don't have empathy or common sense.
And then there's the group of friends who you thought were family. You invited them home,  led them into the forbidden,  confusing and remarkable maze of your life,  until one day  you discovered they often had outings and dinners without you. Don't complain!  Invisible people don't eat.
How about when you shared a life-changing novelty with an  partner and they scrambled up a flimsy proposal,  a few months later,  making headlines with your brilliant idea.
I'm going to shed off my past in the same way a rattlesnake sheds off its skin. My past will shrivel on the ground.

I’m the secret revealed in Sylvia Plath
The memory in the legs
Of a man who used to walk.
I’m the final laughter before death
The irresistible urge to fly.
I vaporize in cold
And shiver in the heat
I’m omni invisible.

I shed off my past
In the same way a rattlesnake
Sheds its skin
Leaving it shriveled on the ground. 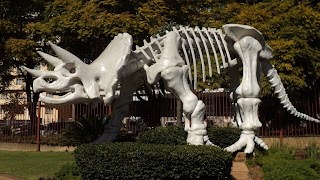 Dress me in Disobedience
Wait for me as I unscrew my nipples
And like a tap, watch the milk of submission
As it pours down a drain.

Dress me in disobedience.
Untie the knots on my belt,
Which are roadblocks to my sensuality.

My body is a car
And I won’t stop driving
Until I reach a sign
That points towards my own space and erotica.
Where I can use words like vagina
Without people like you
Responding with  mssccchew!

Dress me in disobedience
Where vaginas join their lips
In conversation
Where broken children
Find the right kind of laughter
To bring broken hearts
And damaged parts.

Wait for me as I unscrew my nipples
And like a tap, watch the milk of submission
As it pours down a drain. 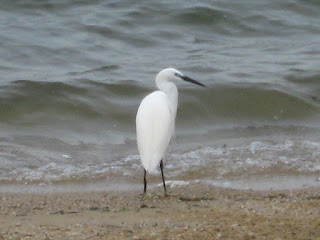 This poem appears in my collection, Dress me in Disobedience.
A poem by Beverley Nambozo Nsengiyunva